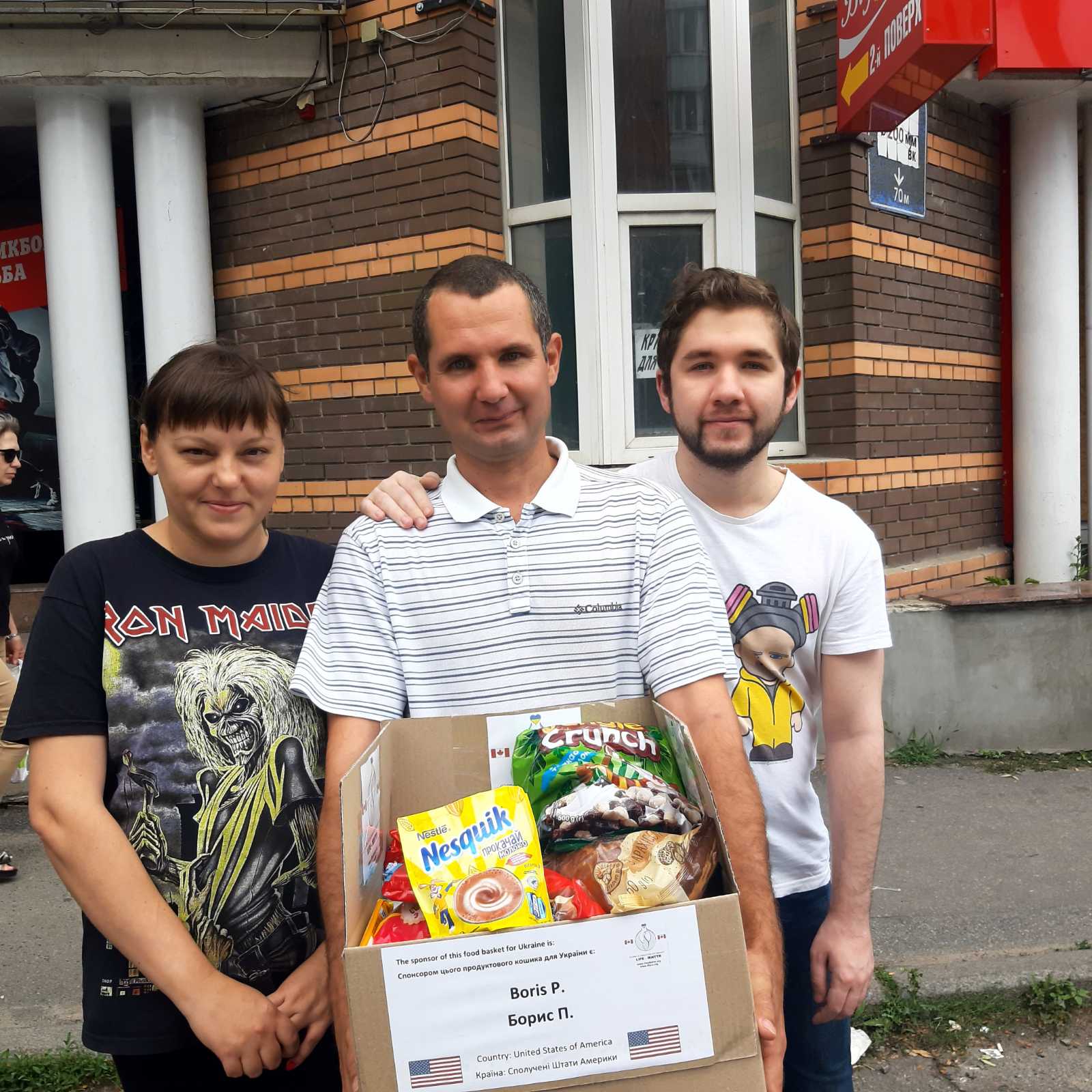 Elena, Anton and Ilya are refugees for the second time on 8 years. In 2014, they had to leave their city due to the invasion of Russian backed separatists. However, soon they returned to the Lugansk region thanks to the Ukrainian army. Now, eight years later, the family experienced it again. Only everything is much worse now. At the moment they live in Poltava and sincerely thank everybody who helped them along the way.

Thank you very much for Boris P. from the United States of America for supporting our project and sponsoring this food basket.

You can also help by being part of our project